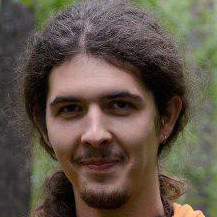 How we automated test bench deployment using Gitlab and VMmanager

Why automate the creation of test benches

In product teams, we strive to automate routine jobs that are time-consuming. Sometimes we use our own products for this. For example, VMmanager helps us deploy test benches. In the process of development and testing, you need to create test benches quite often, and you want to make this process as simple as possible. Our product code is stored in Gitlab and our CI/CD processes are also organized there. Therefore, it is convenient to integrate Gitlab and VMmanager to create test benches.

How launching a test bench creation is implemented in Gitlab

Pipeline branch in Gitlab, including manual jobs to deploy test benches from that branch

When necessary, the user (developer or tester) starts the job.

The ID of the virtual machine to which it deploys the test bench, as well as the ID of the script in VMmanager and parameters for it are specified for the job.

The job performs the necessary actions on the virtual machine using VMmanager API:

The user has to wait until the job is completed to get the ready-to-go test bench.

The Python script reinstall.py is responsible for interacting with VMmanager 6 via API. It is not difficult to implement such a script in Python or Bash. This will require the use of API: API VMmanager.

The following are the script's arguments:

We store some of this data in Gitlab CI/CD Variables in a protected form. 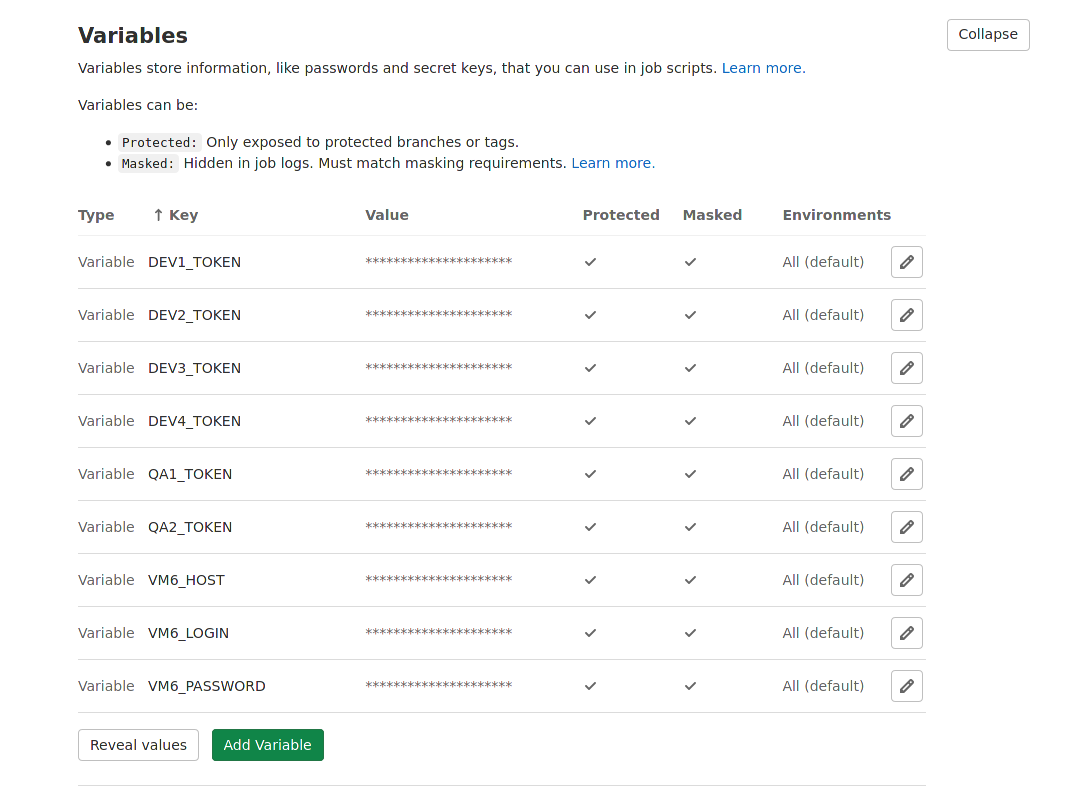 The script in VMmanager 6 contains a sequence of commands that installs and configures the test bench on the virtual machine. 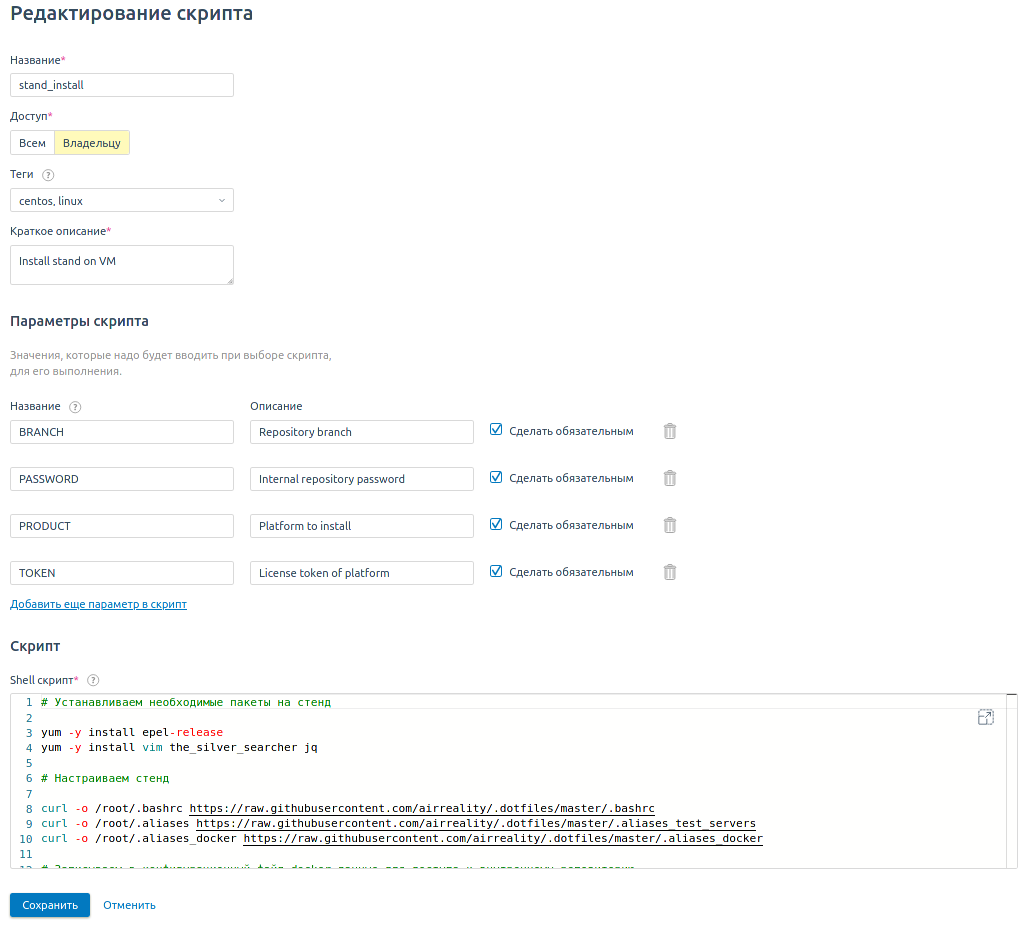 # Install the necessary packages on the test bench

# Install the platform to be tested

The script contains the following parameters:

It is convenient and safe that this data does not appear anywhere. We do not need to write them into the body of the script before running it. Instead, we pass them once when we run the script through the API.

The filtered list of global variables for scripts in VMmanager interface

This automation allows us to save a developer or tester about 15-20 minutes while setting up each test bench. On average, a new test bench has to be created about once a working day. So in a week we save about an hour and a half per person. In an average team of 10 developers and testers, this equates to about 15 hours that can be spent on other jobs.

Try VMmanager for automatic sale of SaaS and VPS hosting

VMmanager is a platform for virtualization and automatic provisioning of virtual machines. 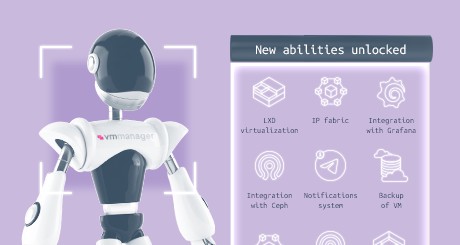 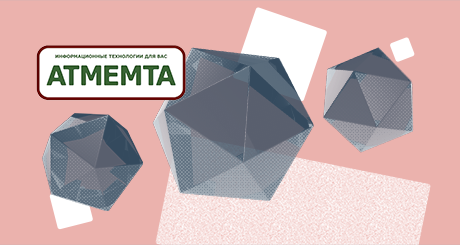