Efficient use of server capacity: setting up in VMmanager

How to distribute the created virtual machines on the nodes in order to optimally utilize the equipment? VMmanager contains basic settings at the cluster level: you can create VMs one by one until all nodes are filled, or you can evenly fill all nodes with VMs. But this is not always enough, because it does not take into account the specifics of each server and the limitations of the provider.

Composite filters in VMmanager will help you distribute created VMs to nodes so as to optimally utilize different equipment. Here we will look into methods of working with them, as well as with the general distribution settings.

Let us solve the problem of distributing VMs to nodes if the provider has the following conditions:

VMmanager allows to flexibly configure the distribution of VMs across cluster nodes. There is a special section for this in the general cluster and node settings. In it, you can choose a uniform or sequential distribution. 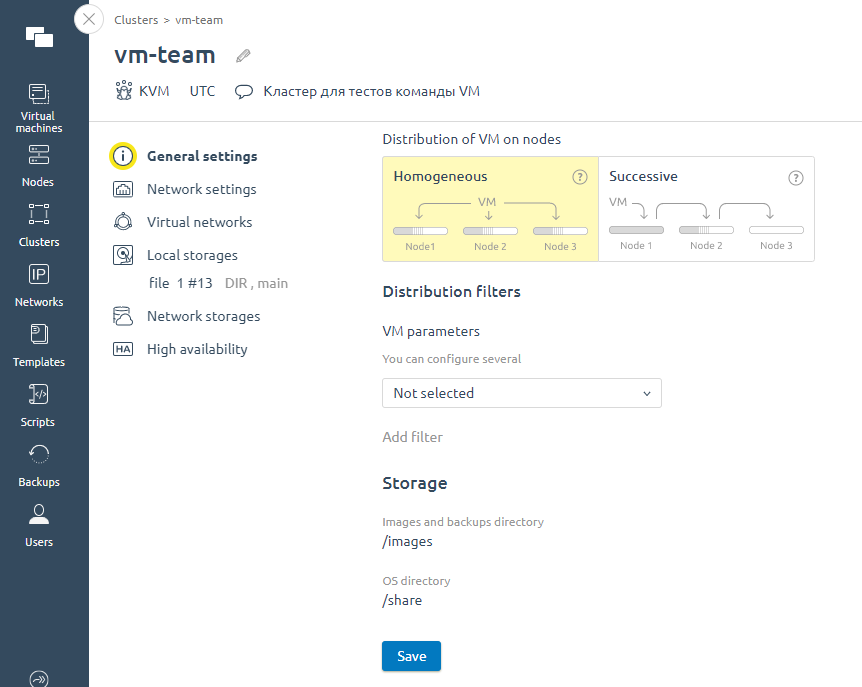 When VMs are distributed uniformly, they are created one by one on each node. In case of sequential distribution, VMs first completely fill the first node, and then are created on the next one.

These general distribution settings apply to all nodes in the cluster, except those that use their own policies. Next, I will go into more detail about the complex distribution policy settings that you can establish with composite filters.

How the VM distribution filters work on the node 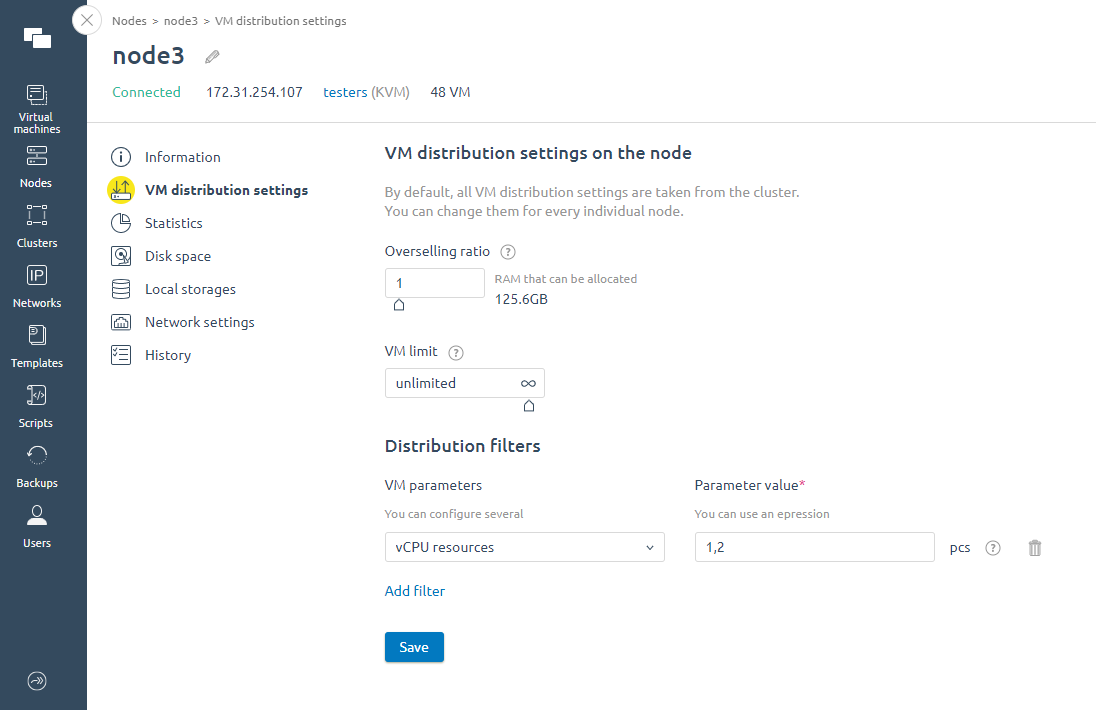 VM distribution settings for the node

By default, VMs are created on any cluster node that has enough resources to create them.

Options for VM distribution under default settings: the machine can be created on any node (second or third) where there are enough resources

In VMmanager we can set additional filters:

How does it work? Let us add an OS tag filter to the second node: windows. In this case:

Schematically it can be represented as follows: 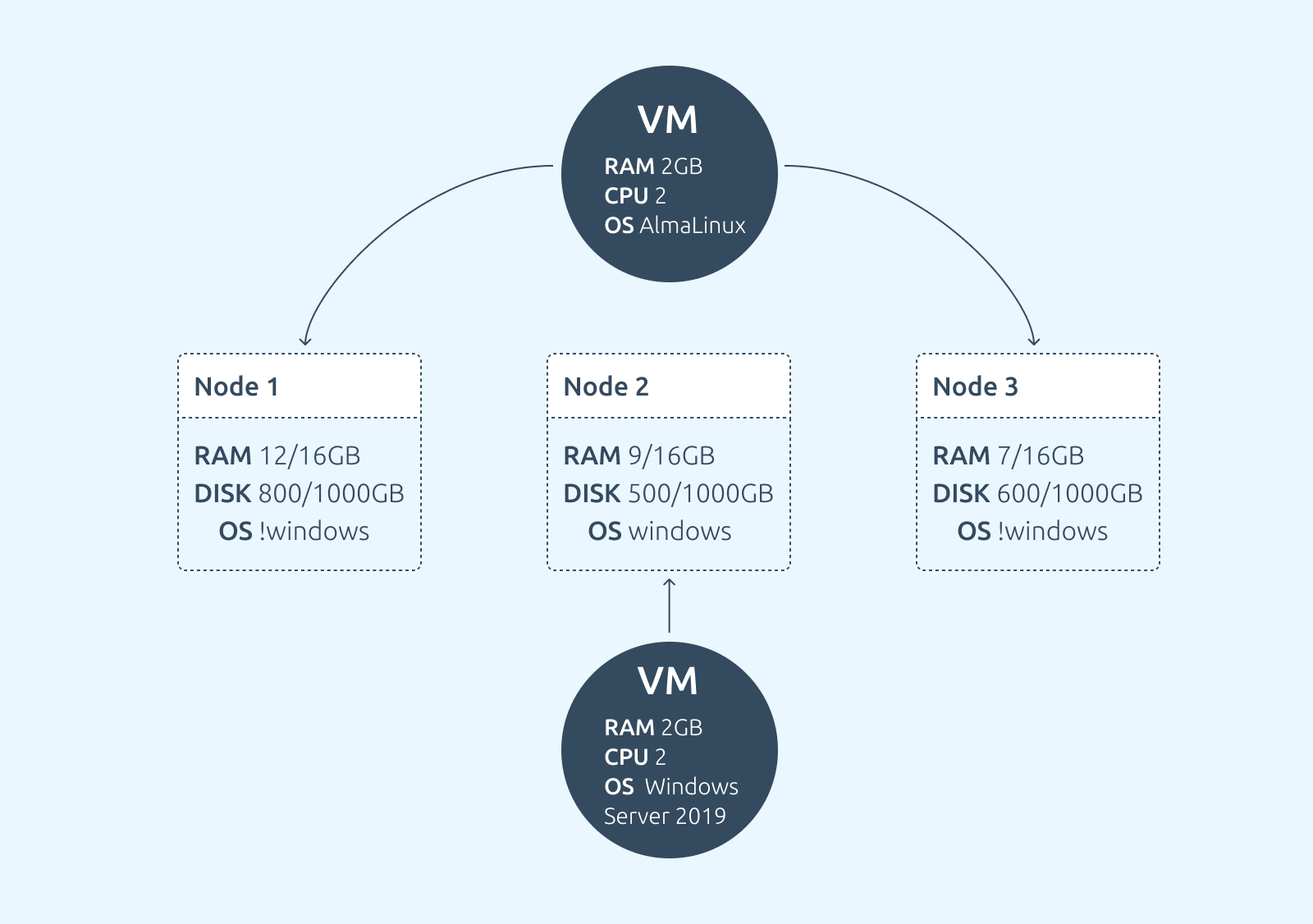 VM distribution options when an OS tag is added to the second node: windows. A VM with Alma Linux can now only be created on the first or third node

How to exclude the creation of VMs running on Windows on the first and third node?

By adding an OS tag filter to these nodes: !windows

The filters are combined with each other through the logical AND.

You can specify comma separated conditions inside the filter. In this case the conditions are combined through a logical OR.

For example, the OS tags can be written as: freebsd, centos. This means that only CentOS or FreeBSD VDS will be deployed on this node.

For this, you need to use a “Composite filter” “cpu_number > 4 || ram_mib > 2048”. This is described in more detail in the documentation: working with VM distribution filters. 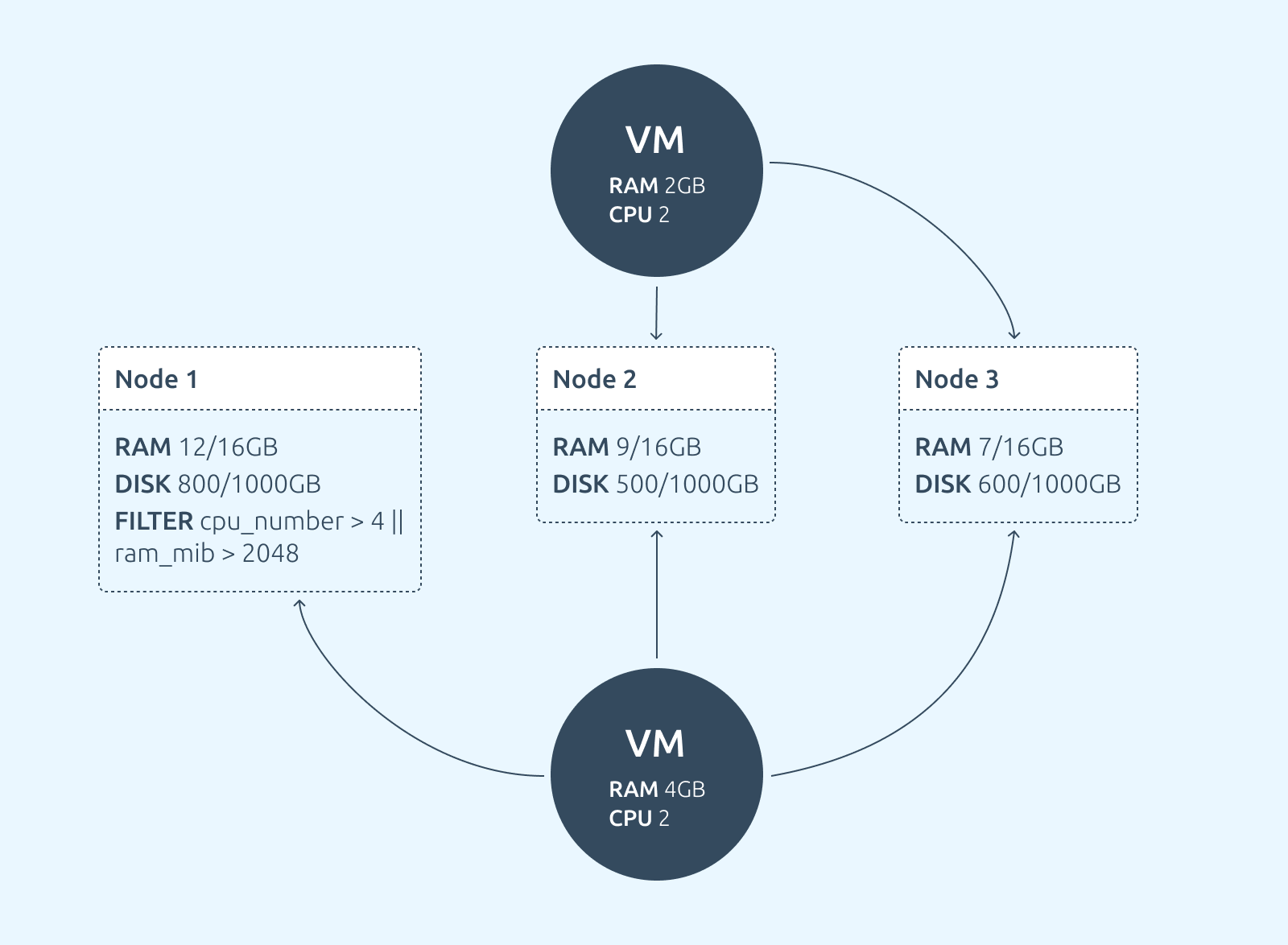 This way, the distribution filters in VMmanager allow you to flexibly manage your equipment and solve even the most complex tasks of assigning VMs to certain nodes. To try VMmanager, leave a request at our site - our consultants will answer all your questions and provide you with a trial version of VMmanager. 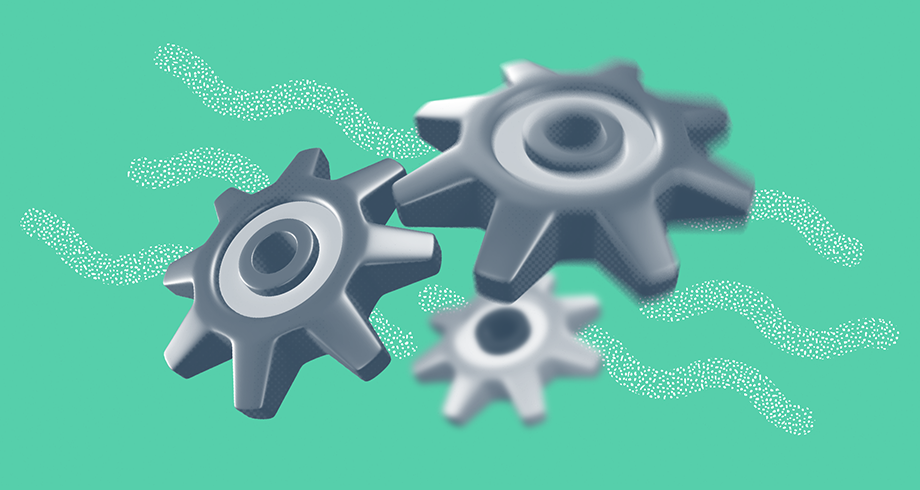 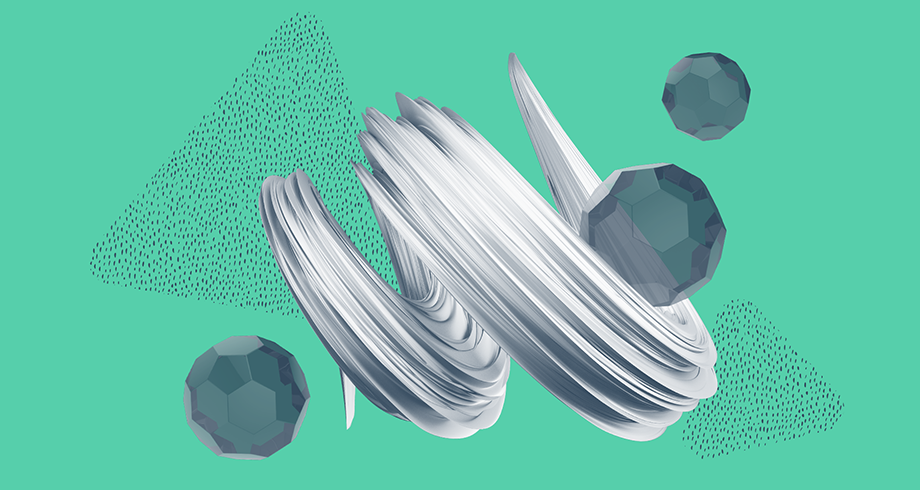