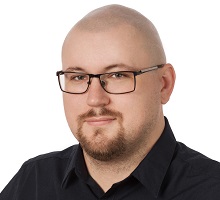 UPD from 2020: since the article has been published, the development plans for VMmanager could have been adjusted. Read new report about platform to know the recent news.

UPD: On October 8, 2019, we launched a commercial version of VMmanager 6. Now, you can install the product on your server. The SaaS version is no longer available. Learn more.

VMmanager 6 can manage several clusters, in the future, it will be capable of working with virtual data centers and will support Docker. At our meetup in Moscow, Anton Chernousov, the product manager, told about its current features, our plans, prices, and the migration procedure. You can read the main information in our article.

While developing VMmanager 6, we studied the tasks that an infrastructure owner performs and added automation and monitoring tools. Now the current status of a virtual machine is displayed on the VM card.

VMmanager 5 is designed for infrastructure owners and providers, however, developers also used this control panel. Their percent is rather small: according to our estimates it’s about 5-10% of VM users, but in 2 years this number will increase up to 25-30%.

Developers have a different approach to software products. They don’t need resources, but a complex of services to create and manage their own infrastructure. In VMmanager 6, we will add the tools they need but don’t have in VMmanager 5.

One of the most frequently asked questions from our customers is how to migrate from VMmanager 5 to VMmanager 6. A year ago, we promised that you can migrate using the same server provided that your infrastructure meets the following requirements:

If your servers meet the about requirements and there are no other technical restrictions, you can migrate wihin the same server with a mouse click. More than 50% of our users have such infrastructures and will be able to upgrade easily. We are now working with all other cases and will offer solutions to help you migate.

In Q 2 - Q3 2019 we are planning to introduce an On-premise version that service providers can install on their servers. Now, we continue testing VMmanager SaaS, join us and send your feedback!